When things don’t go as planned

I should be on a plane to Rome for a whirlwind two-day visit. But, alas, Air Canada had mechanical problems in Toronto (that’s 2 for 4 now in the past month), and my flight arrived in Zurich as my Rome connection was already boarding. They’d already re-booked me for 5½ hours later. It pretty much kills one of the two days I had for visiting my son and site-seeing in Rome.

But that’s how life is, I guess. What can you do?

I’m not one to have a lot of patience when my schedule gets screwed up due to no fault of my own. But that seems to happen pretty much every day, so I’m starting (reluctantly) to get used to it.

It would, clearly, have been worse had the plane taken off without noticing the mechanical deficiency—we were already backed away from the gate when it was detected—and then had trouble enroute.

The plane has landed; no customs required. Baggage was relatively quick. I look for the “white taxi” (Take only the white taxis, not the yellow ones, I’d been told), when I guy with a black limo offers me a ride into town. “Nope,” I say, “only a white taxi.”

I stand in line, get a bus ticket while struggling with my four items of baggage (long explanation, it’s not the way usual travel style, but I’m off to a trade show in Munich). I get the ticket, then wait another 15 minutes for the bus, stow my things and ride for perhaps another 45 minutes to “Termini.” I quickly email my son about the change of travel plans.

Jeremy calls just as I’m arriving at the station. We try to figure out how I will get from Termini to his place. Cell service is very bad; we only understand a few words. Maybe the taxis were only on strike at the airport. I’ll try. Otherwise, I’ll have to struggle with my baggage onto the Metro. He explains which line to take and which stop to get off at. 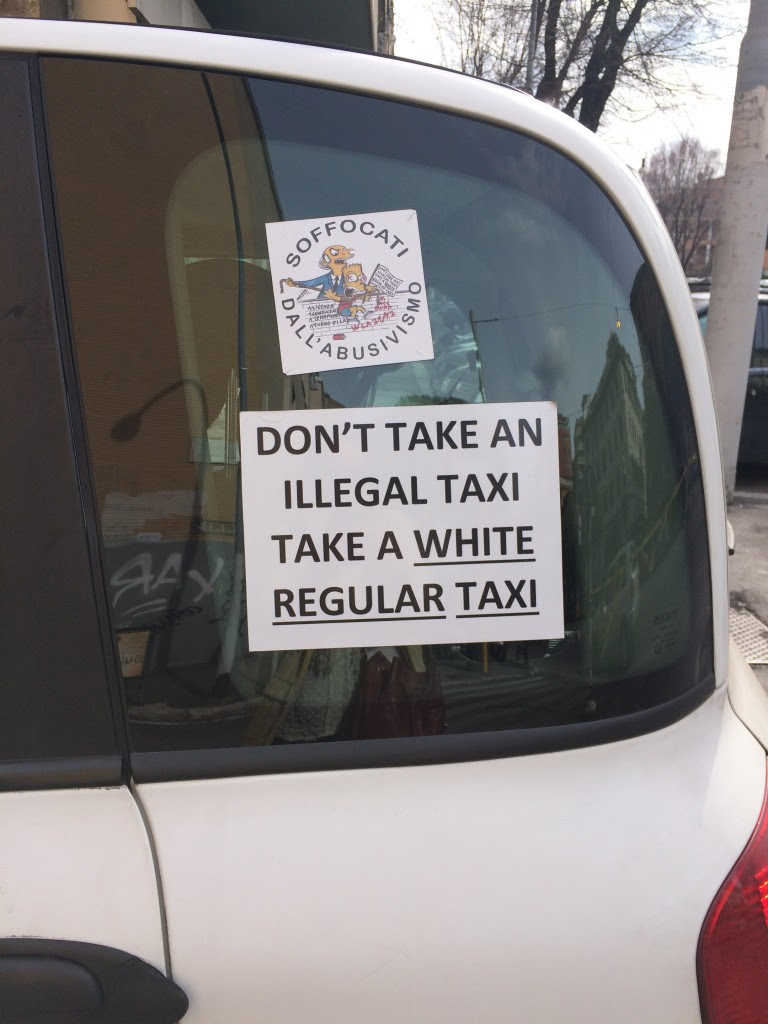 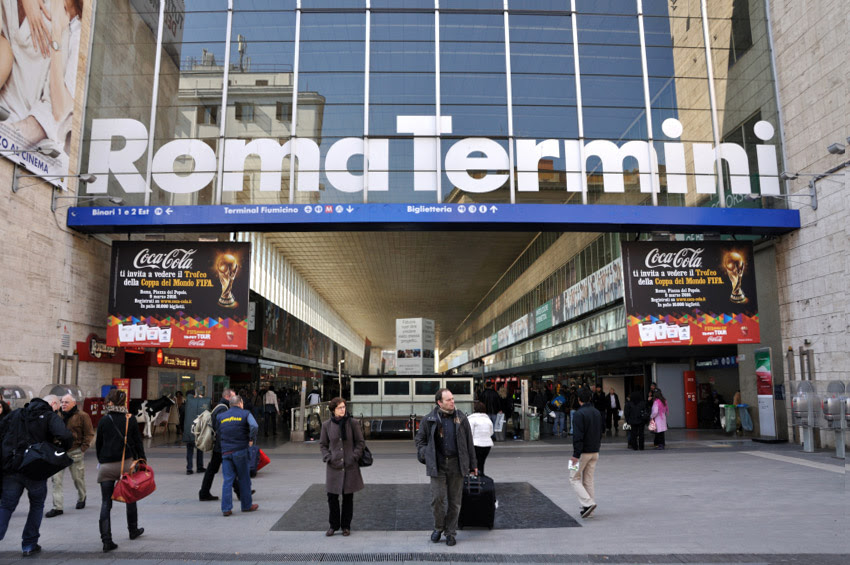 Unfortunately the taxis are on strike here, too. Something about “Uber” (you’ve heard that story before.–I guess I should have called Uber, myself).

I get directions to the Metro. The walk is equivalent to several blocks. I still have four pieces of luggage. The machine won’t let me buy a ticket with a 20 euro bill, the smallest I have. I finally figure out that if I buy three tickets, it will let me use a 20. I buy three tickets.

The Metro is the equivalent of six stories underground—several escalators and stairs. People are everywhere. I struggle with my luggage. I don’t think I knock anyone over. The Metro is squeezed so tightly with people, it’s not possible to be knocked over myself. I don’t move the entire trip, standing right next to the door, guarding my luggage. And my pockets for “pick-pockets,” a fine art in Rome. “Walk around me,” I mutter under my breath, “I’m not moving for anyone.”

Jeremy is waiting for me at the Metro stop. I have help getting my things back up from the bowels of the earth.

“We can do a lot of what was on the first day’s schedule in the dark,” he says. “In fact, some of it will be just as good.”

We had a fabulous 1¼ days in Rome. Did virtually everything we’d intended, some of it a bit more quickly than ideal. (Well, most of it, actually).

Sometimes you just have to turn a sow’s ear into a silk purse, as the saying goes.

Quote of the Week:
We cannot direct the wind but we can adjust the sails. – Thomas S. Manson