What the heck is going on in the real estate market? 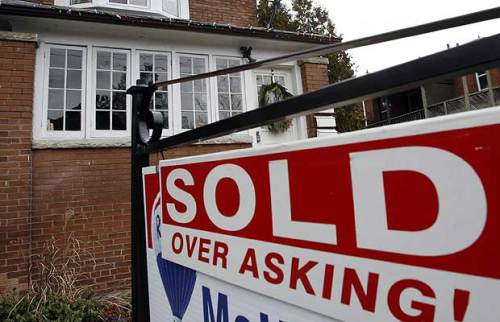 Coming back to the Fraser Valley after my South American trip, I was anxious to find out what had happened in the real estate market over the past 24 days. Had prices continued to climb steeply? Had they levelled off? Had they “corrected” (a strange euphemism used by the industry because they don’t want to use negative words like “dropped.”)

There’s an unprecedented rental housing crunch, says the same paper, with vacancy rates at 0.8%, the third lowest in Canada, and way behind the average 3.3%. This is causing a rapid increase in rental rates. Wow!

The two are related. Because of the rapid rise in housing prices, many landlords have decided to cash out their investments while they can make a good dollar. As a result, the total rental housing stock has decreased by several hundred units, creating the low vacancy rate. This creates higher demand, even competition, for the units still available, prompting landlords to increase their rental rates.

Who can really blame them? Despite what it may seem to cash-strapped renters, rental rates in this area have been on the low side, if the landlord wants to make a dollar. Contrary to all professional advice, owners of rental properties are typically making almost nothing on month-to-month rent, and are probably losing money if there is ever a vacancy for even one month. They hope to make their money on the prospective appreciation of the property over time. This is a gamble, to be sure, and highly cautioned against by industry experts.

So when the housing market is flat, like it was from 2008 – 2015, they sit on the property with fingers crossed (and likely in a deep sweat). When it takes off, like in the last six months, they finally get to make their money by either: 1. cashing out, or 2. raising rents, to finally make a profit on the monthly cash flow.

This, of course, creates a monster challenge to the renters who have to move because their landlord suddenly decided to sell the property. It’s tough to find another rental when there is almost nothing available. And even if they do, the rents will be substantially higher. I sympathize with those stuck in this rental market.

Will this crazy market continue? Who knows? Who ever thought the market would suddenly turn so dramatically in the Fraser Valley in the first place?

One article sent my way warned of the likelihood of a coming crash, pointing out precedents that our market may be following. It was a well-argued piece, by a reputable professional. But then it undercut its own warnings with the following chart from Money Sense magazine, comparing the housing market predictions of the economic experts over the last six years with what actually happened in Canada’s major cities during that time:

Wow, did the experts ever get it wrong!!!

So, what do I know for sure? Three things:

First, markets east of the Langley/Maple Ridge line did not follow the trends of the Vancouver market over the past 7 – 8 years. They remained relatively flat throughout that period when prices were rising to the West. The 30% increase over the last year represents almost the entire increase there has been over that longer period. That works out to about 3.3% (compounded) per year, well below the 4.7% compounded average represented in the chart above. In other words, the growth in the last year may simply represent “catch-up,” to the neighbouring market, not unbridled run-away prices.

Second, there has been a shortage of new homes built in this same area over the same period, even though the population has grown. This has put pressure on the availability of housing stock, and has helped to create the sudden (catch-up) surge. You don’t just change this imbalance overnight. It takes many years for new land to be serviced and new homes to be built. So, it may take a while for the total housing shortage to catch up to the increased demand. This should counter somewhat any forthcoming downward pressure that may otherwise be exerted on prices in this region.

Third, rapidly rising rental rates makes the rent-to-own option more attractive because it brings the rental rates we need to charge into line with the general market. We are not allowed, by CMHC policy, to charge less than market rates for rent (not counting the rental credit portion). But our costs are typically higher than straight rentals, so that even our base rents are often a little above market rents. With the increase in market-based rents, they are more in line, making the rent-to-own option more attractive.

I’m not an expert, and I certainly can’t predict what will happen. But, the evidence suggests that the so-called experts can’t either. Like everyone, I would prefer a more predictable market.

But, we have to continue to live in, and master, an unpredictable market. To order our lives by either worst case, or best case, scenarios creates unneeded stress in our lives. We need to be prudent in our decisions (insofar as we have the flexibility to do so) but also avoid becoming grid-locked by doing nothing. At a minimum, we need to keep educating ourselves.