What my grandchild taught me about learning and life 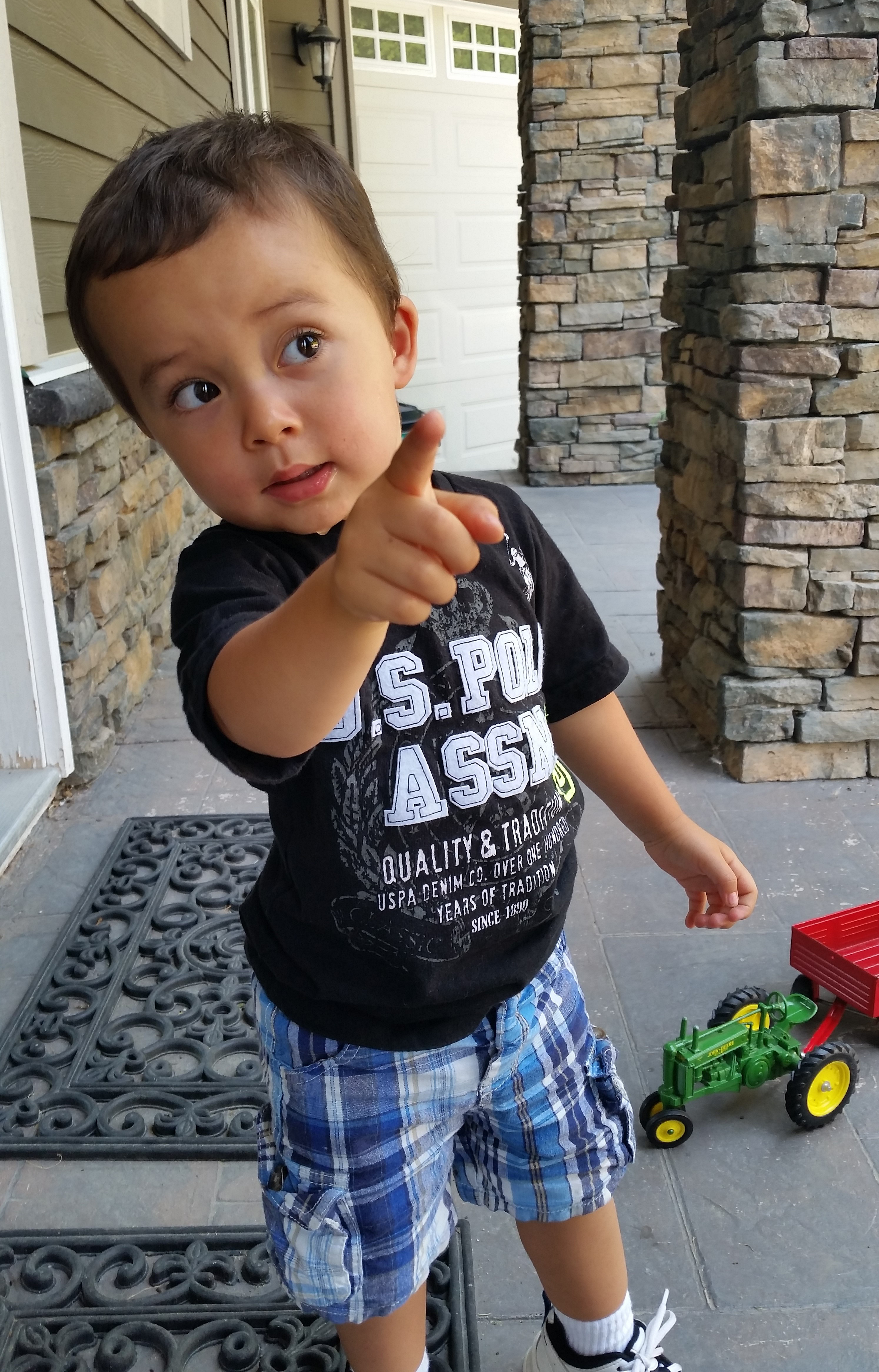 I love the mutual learning between myself and my grandchildren. Okay, they’re not officially my grandchildren, but I treat these informally adopted, just-turned-two, twins, as though they are.

Last Sunday, I sat beside J and helped him learn the difference between his fingers and his thumb. I kept going back and forth over his digits, identifying each. Then, asking him to identify. Suddenly, he blurted out “dtum.” Yes, it was his thumb I was pointing at! Success!

Trial and error. Over and over. It didn’t come immediately. But, despite his limited attention span–I can hold his sister for an hour at a time, but him? well, maybe 30 seconds before he moves on to explore the next shiny object—he somehow had the patience for this exciting new learning curve.

Me? I want to get everything right the first time. I don’t like practicing things over and over and over, and failing numerous times before I get it right. That’s embarrassing, shameful! But little J? As many times as it takes. Of course, I like to think he was enjoying the attention from “PapaRon” too.

Somehow, we have this notion that we have to grow out of the way kids learn. It’s perpetuated in our education system (though maybe not as much now as when I was young), that we have to get it right. We really have only one chance to get that good mark. Get it wrong—Fail! And that’s really embarrassing!

It’s not fair, though, to pin it all on our education system, either. We’ve somehow gotten the notion in our society that growing up means not making mistakes, not having to try things repeatedly in order, eventually, to get them right.

Fortunately, I did okay in school; never did face that horrible F! But that fact, itself, probably did reinforce in me the retrograde way that we expect adults to learn. And, get this: probably made it harder for me to learn in my adult life. A few more C’s, D’s and F’s might have helped me develop a greater tolerance for falling and then getting up and trying again.

How many shots did Michael Jordan miss enroute to becoming the greatest basketball player? What’s a good batting average in baseball? .300? That means missing 70% of the time, and calling it good! How many shots does a good NHL forward take for every goal he scores?

Abraham Lincoln’s story is often used to inspire. He lost eight elections, failed twice in business and suffered a nervous breakdown. Then he won, and became one of the greatest of U.S. presidents.

Now my grandchildren are teaching me the same thing.

Oh, and one more thought . . . Let’s not teach the next generation to “grow out of” their childhood learning styles.

At least that’s how I see it.

Rent to own tip

Be cautious of “property-first” rent-to-own models, where an investor is trying to find someone to do a rent-to-own on a property they already own. First, make sure you really like the property; otherwise, will you be highly motivated to succeed in the end? Second, make sure the proponent also has incentive to make it a win-win in the end. That is virtually always true of client-first rent to own, often not so with property-first rent to own.

Success consists of going from failure to failure without loss of enthusiasm. – Winston Churchill