The colour “pig,” a marker of success 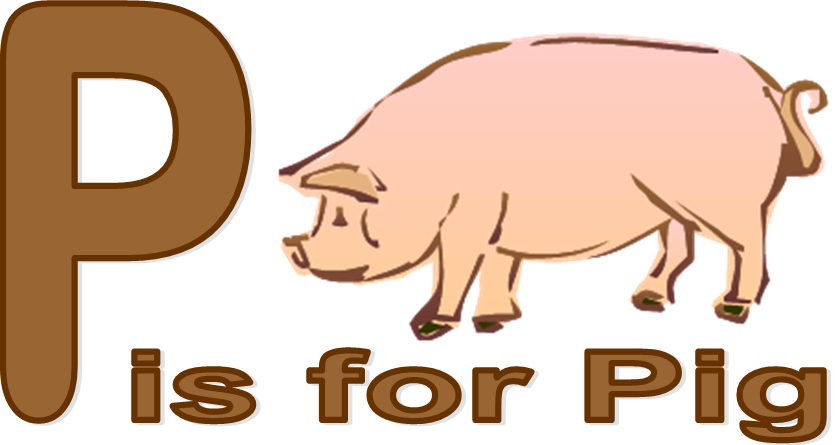 In rural Saskatchewan where I grew up, we didn’t have kindergarten. In fact, when I started school (those many years ago), we had two grades in each classroom.

So, predictably, we started Grade 1 by learning the alphabet. And, for some unknown reason, the Grade 2’s were in on it, too, even though we were already somewhere past “See Dick and Jane run.”

Each day, the Grade one’s would be taught a new letter, then were given a page to colour that had both the upper- and lower-case versions of the letter on it, and an outline of some object starting with that letter. For “A” I think it was “apple,” for “B”, “bunny,” and so on. The child with the nicest, neatest colouring had their picture chosen for posting above the chalk board.

There was one rule, though. Before we got to the end of the alphabet, each child would get their masterpiece chosen at least once.

It was somewhere beyond “S,” as I recall, that mine finally got chosen, all those who were still shut out now getting their last chance.

I did pick up a valuable lesson along the way, though, at letter “P”. You see, the picture for “P” was “pig.” Now most pigs in our area were of the pinkish, skin-toned colour that probably most of us would still associate with the animal. But my 16-colour crayon set did not have such a colour. Nor did those of most of my classmates. I believe I tried to compromise by lightly colouring brown over pink, or some such thing. It probably looked awful!

As I recall, the winner did have the right colour, probably from a 64-colour set. And I vowed I would have that colour next year. And I would win, at “pig!”

I don’t recall how I came up with the crayon; I’m sure my parents didn’t buy me a 64-colour set. But I did get that crayon somewhere.

In grade one, I didn’t notice much academic difference between the children. I only knew I wasn’t very good at colouring. So, I was shocked at the end of the school year when three of my friends failed the grade (they still did that then), the other dozen or so of us moving on to grade two.

Sixteen days into my grade two year, I pounced! Yes, the picture was “pig.” I had the right colour. I was oh so careful at colouring within the lines. And oh so proud when my page got posted above the board. Success!

As I pondered this little experience from my ancient past, it struck me that the incident had all the ingredients required for success at any endeavor: learning, planning, preparing, patience, and finally, meticulous execution! That will beat raw talent almost every time.

So why does this story come up now?

Well, recently I was playing a game with a friend, a game that had five different colours. I counted them out loud: red, green, yellow, blue and “pig.” This former kindergarten teacher burst out in hilarious laughter!

I don’t think I’ve ever used that word before to describe that colour. But it was evidently ingrained deep in my subconscious, and just happened to come out at that moment.

That’s a sixth ingredient of success, I suppose: to seer into your sub-conscious a symbol of every success, however small, as a marker that “I can do it!”

The government allows you to use some RRSP funds for purchase of your first home. The current limit is $25,000 (but the Conservatives have promised to raise the limit to $35,000, if re-elected.) Because of the tight rules around use of these funds, they don’t always work for a rent 2 own scenario. Occasionally they do, though, if you need only a fairly short-term lease-option period. We can evaluate that when we evaluate your no-obligation application that you submit from our web site. If you have RRSP funds and are a first-time buyer, you may want to check out this option. Nothing ventured, nothing gained.

DNA has nothing to do with success. Turn your genes into overalls and get to work.
– @DarrenHardy #JoinTheRide