Thanksgiving, when you’re not there 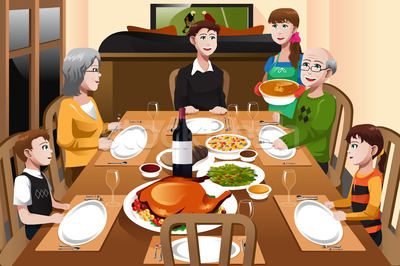 Thanksgiving isn’t as big a deal in Canada as the U.S., where they deliberately planned that Thanksgiving should be the biggest holiday of the year. I think it had something to do with their measure of thankfulness for escaping their English masters.

Thanksgiving isn’t as big a deal in Canada as the U.S., where they deliberately planned that Thanksgiving should be the biggest holiday of the year. I think it had something to do with their measure of thankfulness for escaping their English masters.

But it’s still a pretty big deal here, too!

Growing up on the flatlands, Thanksgiving meant completion of the harvest, the bringing in of nature’s abundance. It was a religious festival extraordinaire, celebrated with three Sunday services, a fantastic group dinner in between, and elaborate decorations portraying the fruit of the land.

That tradition has passed. But the turkey dinners have not.

Nor the general theme of thankfulness. On this day of the year, we are prompted to reflect on the good things in life, personally and generally. And, if we reflect honestly, we can all find a lot of things to be grateful for.

It’s a shame we too often allocate such reflection to one day of the year.

So, what to do when you’re away from home, in a land where no one else is prompting thankfulness on this particular day?

That’s my situation. I got up early to pack and be prepared for hotel pickup to the airport by 7:30. Two-and-a-half hours later, I’m through customs. I’ll be on flights from 12:05 pm to 10:30 tonight. So it’s a day of travel, where no one around me appreciates—or even knows– that it’s also Thanksgiving Day in my country.

So what do I do? An hour to spare before my boarding time, I sit down and reflect. And write this blog post.

I’m reminded that I once committed to a daily morning ritual that includes a few minutes of meditation on things for which I’m thankful (an idea prompted by a personal development coach).

It won’t be long before I’m on the plane for a couple of long flights, with little to kill time.

I think I’ll grab a pen and paper and make a list of the things I should be thankful for. I bet I can reach at least a hundred items.

How about you . . . even if this post is a day late for the annual ritual?