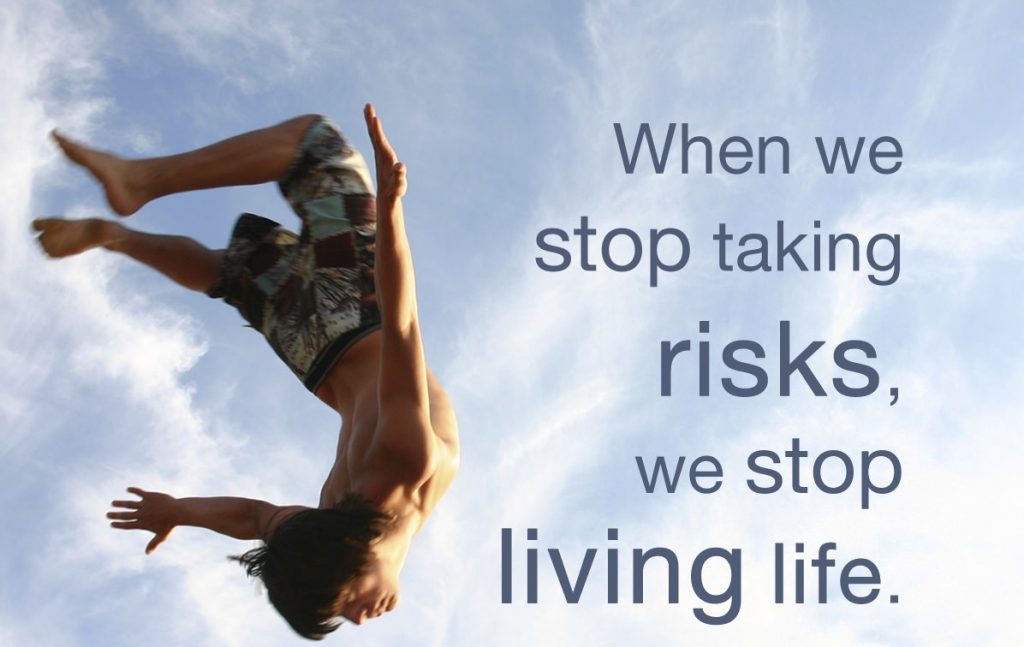 That’s the conclusion we reached as we discussed the failure of the most recent initiative I’d taken.

You may recall, a few weeks back I invited anyone interested to join us for a “shake-down” cruise on my houseboat on the Victoria Day long weekend on the beautiful waters of the Shuswap. The nominal $125 fee included 2 nights on the houseboat, all meals, and a free Stampeders concert in the middle of the lake.

I put it out there on other platforms besides this blog, including several Meet-ups and a boosted Facebook post. Facebook got the most response. Lots of interest, lots of questions.

But no one signed up!

Chatting with my friend about this, she said, “I think people don’t take risks.” They may be scared to meet other new people.

I replied that I expected most would come in pairs, so that they’d have someone else with whom they are comfortable. Furthermore, when we travellers book trips to other parts the world, we almost all sign up as singles or couples, meeting a whole group of new people on the first night with whom we’ll then spend the next 2 weeks.

I don’t get the difference, but apparently it is—the results speak for themselves. But it did get me thinking about the way our whole society has gradually evolved around the goal of reducing risk. It wasn’t like that a couple of generations ago, or even one.

You can buy insurance for almost anything these days, so that you can avoid even more risk.

When I was in the building business some years ago, I was alarmed at the rapid increase in building costs, not related to the price of materials nor labour, but to the increasing red tape and regulations designed mostly to reduce the likelihood of a lawsuit. At one point, it was believed that over 10% of the cost of building the home (including the land) was strictly the cost of red tape.

We pay dearly to reduce risk. Or, in most cases, to have others intervene to keep us from risk.

For good or bad, at the end of the day, people are gradually programmed to live life in such a way as to avoid taking chances. We live more and more “vanilla” lives as a result.

But rewards are usually proportional to risk. A life that avoids all risk turns into a pretty boring life, it seems to me.

“Their loss,” I said in response to my friend’s assessment regarding the lack of sign-ups for the houseboat cruise.

I get it that not everyone likes to go house-boating; it’s not the experience they’re seeking. Not everyone will like the Stampeders. And people have plans. But why the big disconnect between expressed interest and actually signing up? Is it really too risky?

I try to avoid unnecessary risks, too. But I’m not about to live a boring life just because there is a little risk involved.

As Jon Bon Jovi once sang: “I just wanna live while I’m alive.”