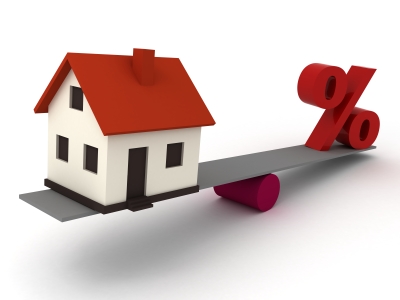 Two weeks ago, the Bank of Canada announced another drop in interest rates, lowering the base lending rate to 0.5%. This is the lowest rate since 2009 when it was 0.25%.

Canada’s big banks immediately followed suit. However, like an earlier cut in April, they dropped their rates by only 0.15%, not the full 0.25% the Bank of Canada did. Their prime lending rates moved down to 2.7%. Mortgage rates, for variable mortgages directly, and fixed mortgages indirectly, follow their prime rates.

What does this mean for would-be home buyers? Slightly lower rates means mortgage payments are a little less. Therefore, a lower income is required to qualify for a given mortgage. Or, to view it another way, a given income will get you a slightly higher mortgage.

This should be good news, right? But, hold on! The rates were lowered to stimulate a sluggish economy, not to get consumers easier mortgages. In several areas in Canada, the real estate market has been hot, leading to buying frenzy. The government has been concerned about low mortgage rates making it too easy for home-owners to get into financial trouble later, should rates rise.

So, accompanying previous interest rate drops, the tend-setting Canada Mortgage and Housing Corporation has consistently toughened its policies to offset the advantage of lowered rates. They have done so by toughening other qualification standards besides income, to make mortgages tougher to get; for example, they have raised the credit scores necessary to get the same mortgage you could have gotten previously with a lower score.

So, while the lower rates help some people, the off-setting policies make it more difficult for others.

These changing requirements make it challenging to predict future qualification standards. At Fraser Valley Rent 2 Own we do our best to stay on top of these changes so that we can create scenarios that anticipate win-win outcomes for our tenant-buyers.

Locally, the Fraser Valley Real Estate market continues to be strong. After a half dozen years of flat or even declining markets, with few sales/purchases, the last part of 2014 and first half of 2015 have been very strong at modest price levels (not so much at higher-valued homes). Prices are now rising. The start of an upswing in prices is usually considered the best time to get into home ownership if one is wanting their investment to grow. (Who isn’t?) But it is also harder to get a really good deal. I’ve heard stories of prices being bid up and of homes being sold above the listed price.

So, with lower than ever rates and a rising market, is this the right time for you to try to get into home ownership? Perhaps. But everyone’s circumstances are different, so there is no one perfect answer. But it’s certainly something to consider.

We ourselves feel that what we are doing is just a drop in the ocean, but the ocean would be less because of that missing drop. – Mother Teresa