Is it in your DNA?

On a short but overdue (in my opinion) break last week, I went up country to do a little exploring. One destination was the Adams River salmon run.

For those who aren’t familiar with it, millions of salmon return up the Fraser River from the ocean each Fall, in their fourth year of life, to lay their eggs and then die. The Adams River is a favorite destination where, at its peak, the river basically appears red with gridlocked salmon. It was only the beginning of the run, but there were plenty of salmon nonetheless. 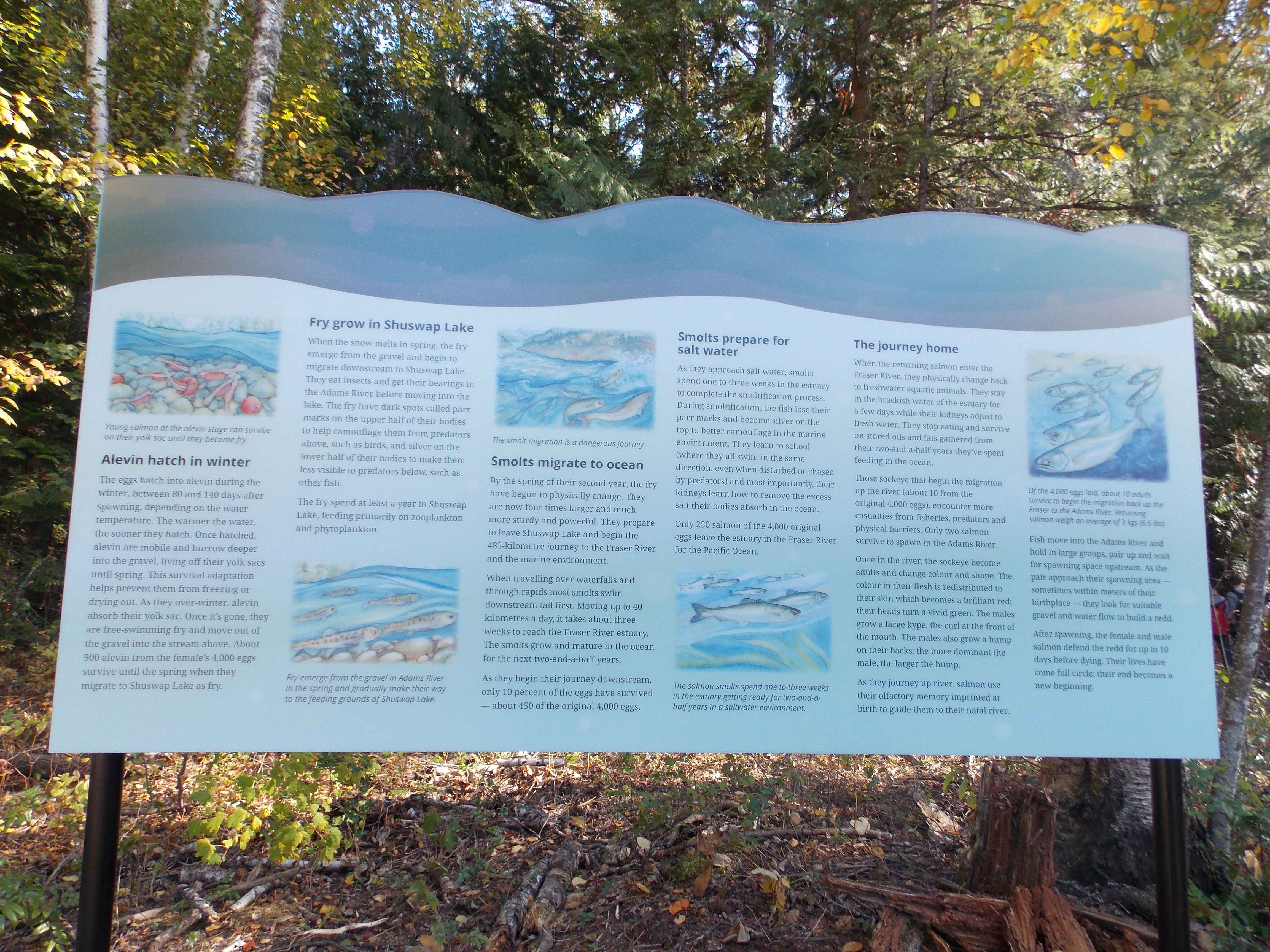 The salmon life cycle is a remarkable one. One fact is that they return to lay their eggs within metres of where they were born. This, after a 300-400 mile trip down the Fraser River, and three years spent in the salt water of the Pacific Ocean. Of course, of the 4000 eggs originally laid, only 450 hatch and eventually, after bears, humans and sharks have had their day, an average of only two fish survive the perilous upstream journey back home to spawn.

We were fortunate to run into an elderly scholar who’d spent over 50 years of his life studying salmon.

“How do the salmon know the way back to where they were born?” I asked him.

“You mean this whole life cycle is written into their DNA? They do this because it’s predetermined?”

The information was fascinating. But also troubling.

How much of what we do and achieve is predetermined by our DNA? I didn’t like the thought!

The next day, I decided to conquer! No DNA was going to determine whether I could survive a trip into the back country I’d always been curious about; I would just do it! 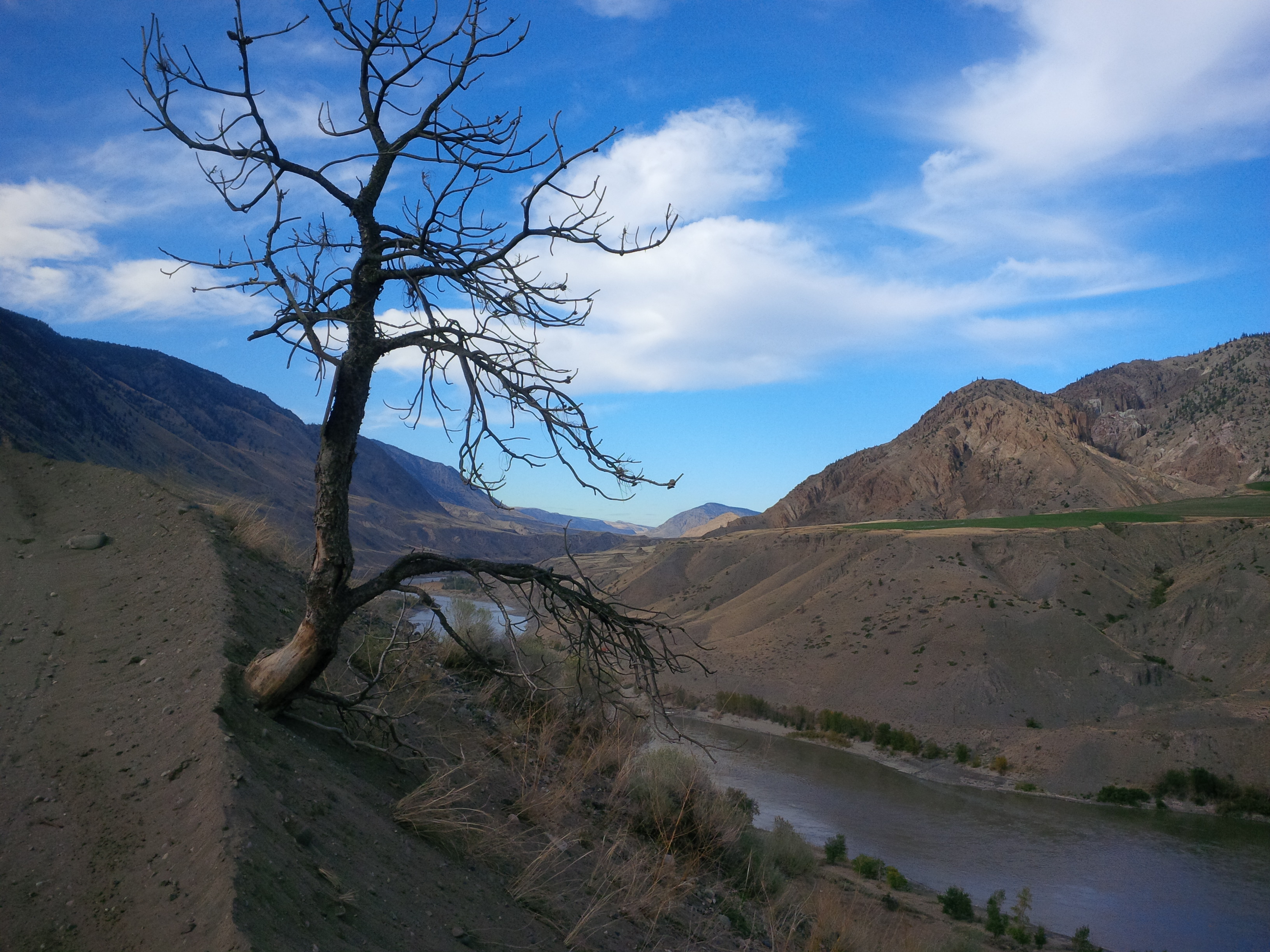 The road up from the west side of the Big Bar ferry was scary, among the worst I’ve ever driven. 4-wheel drive, lowest gear, and still I rode my brakes most of the way down the 20+ degree sloped, curvy, extremely sandy (no control) “road” for the three km descent back to the ferry.

But I conquered! That DNA was forced into submission!

Or was it my DNA that overcame my trepidation and caused me to conquer?

I guess it’s in the uncertainty as to which of those is true, that we gain our hope and motivation to endure until we achieve success.

I guess it’s in the uncertainty as to which of those is true, that we gain our hope and motivation to endure until we achieve success.

A good number of you responded to my last blog’s invitation to consider streamlining your utility bills while helping to feed a hungry child every time you pay your bill. It’s an awesome idea!

If you were thinking about exploring that idea but hadn’t gotten to it yet, click  here to find last week’s blog, or here to reply directly, mentioning that you’d like more information on the program. I’d love to have you join me in this great opportunity!

And, of course, if you’re looking to get into home ownership (which is likely why you chose to join this blog list in the first place), streamlining your bills and possibly saving a little more along the way, will help you get there a little faster. Our rent 2 own program is a total program to help you achieve that dream of home ownership!