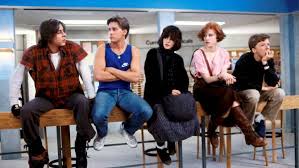 “My life goes back to normal (on Monday, Jan.4),” a prospective tenant said to me. He meant that Monday was his return to his job after the Christmas break.

I understood where he was coming from. After a Christmas-New Year’s break, life returns to the way it was before that hiatus. For some, the change is dramatic, from free time, back to a fixed schedule; from play, back to work. I’ve been there, too.

Saturday, when I took my brother from California to the airport after an overnight stay enroute to Saskatchewan, I recounted the dramatic month I’d had, with its roller-coaster twists and turns. Nothing predictable, but ultimately still within control.

“My life is pretty flexible, too, but way more predictable,” he said, as he outlined his three Atlantic crossings coming up in the next six months. He’s a university prof, who’s in demand for speaking engagements in North America and Europe.

Two conversations, three lifestyles. . . . By choice, I might add.

That’s a good thing, I think. As long as we are tolerant of, and interested in learning from, each other, our lives are enriched through this diversity. If we keep an open mind, we probably learn and grow more from people who are different from us than from those who are the same. As a society, our world is strengthened by the composite of all the diverse individuals who bring their perspectives to the table.


It’s when one individual or group tries to enforce their perspective on others that we get into trouble, that we sow the seeds for contention, broken relationships and strife.

Of course, we can all point to such organizations as ISIS and say “amen” to that statement.

But I think it applies equally to one-on-one interactions—brothers, friends, couples; to small groups interacting with each other; to sub-cultures—political, religious, social, ethnic–within our larger society, as it does to world movements.

And I think it needs to go beyond simple tolerance. It needs to lead to learning from one another and resolving to grow personally from that enhanced knowledge.

We become a better society, and a better world, by embracing and enmeshing, our differences.

At least, that’s how I see it.

Quote of the Week:
If man is to survive, he will have learned to take a delight in the essential differences between men and between cultures. He will learn that differences in ideas and attitudes are a delight, part of life’s exciting variety, not something to fear.  – Gene Roddenberry