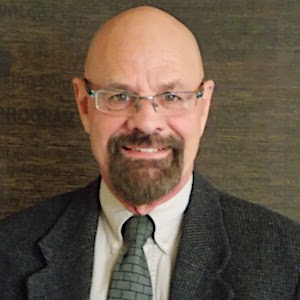 I first learned that word when I was a young kid. Hypocrites were, apparently, a bad bunch of characters in the Bible. I had the impression they were a sect, like the Pharisees and the Sadducees.

That’s how a little guy’s mind works. But, regardless of the error, the point was clear: People characterized as hypocrites were disgraceful.

Fast forward, and I came to understand that hypocrisy is a widespread human vice. It’s something we all disdain but something also pretty universal. We may come to think of those most beset by the characteristic as “Hypocrites,” (vs. the rest of us) but, in reality, we probably all exhibit varying degrees of the problem. There is probably no one who has never reflected some degree of hypocrisy and no one who reflects it all the time. Like love and hate, goodness, selfishness and kindness, we all are less than perfect but better than totally depraved in the matter of hypocrisy.

I’ve also noticed that we use the term in two slightly different but related ways. The first is when we live a lie, purporting to be something or someone that we really are not, truth be fully known. This could be deliberate or inadvertent.

The second is when we condemn in others what we find acceptable in ourselves.

So why do I bring this up in the second week of April, 2019? What does it have to do with my business, your business, rent 2 own, or life in general?

Well, it was the word that immediately came to mind when I saw some mind-boggling, and appalling, financial numbers yesterday. Here they are:

Who regulates the availability and flow of money? The government and the financial institutions.

Who do they claim to have to protect from getting overextended? The average citizen.

What do they do to help us poor ignorant consumers avoid “too much debt?” They legislate strategies like the “stress test,” that make us qualify for mortgages 2 percentage points higher than the rate we will actually pay, thereby knocking 20% off the value of property we qualify to own. In our area, that prices most middle income earners out of home ownership, at least for free-hold property.

Yet governments and financial institutions are far deeper into the glue than consumers, together owning over 50% of global debt. Consumers own only 18.9% of the debt. (To clarify, these are global figures, not Canadian ones, but Canadian ratios aren’t that radically different.)

Who should be telling who, how to manage their financial affairs?

A classic case, methinks, of hypocrisy of the second nuance: condemning in others what we find acceptable in ourselves.