Okay, surely you imagined my tongue firmly planted in my cheek with that headline!

Is this the travesty that hockey has come to? Isn’t this supposed to be a Canadian sport? Yet, no Canadian team has won the Stanley Cup since 1993. Instead, we get hockey towns like Nashville vying for the Cup.

Sing me another country tragedy! (Or whatever you do best out there in Nashville!)

And yet, could it just be that their time has come? They’ve been in the League now for 18 years (OK, that’s fewer than the 24 years since a Canadian team last won the Cup—not that we haven’t been in at least four finals that we all lost—and Nashville hasn’t won, yet, either. But, I digress . . .), and they’ve made the play-offs on a shoe-string budget more often than the odds would suggest. Evidently they’ve had good management and coaching to do that. This year, they were the eighth seed (that’s the lowest one) to make the playoffs, but have beaten #s 1 and 2 along the way. Maybe they deserve this . . .

But, somehow, this just doesn’t sit right with me: A western division team from the Eastern Time Zone (only an NHL official could make sense of that geography!), from Music City, where themes of love and betrayal (and horses and trucks) dominate, and people go to see museums and statues and icons, plays for a chance to swipe our most cherished prize. 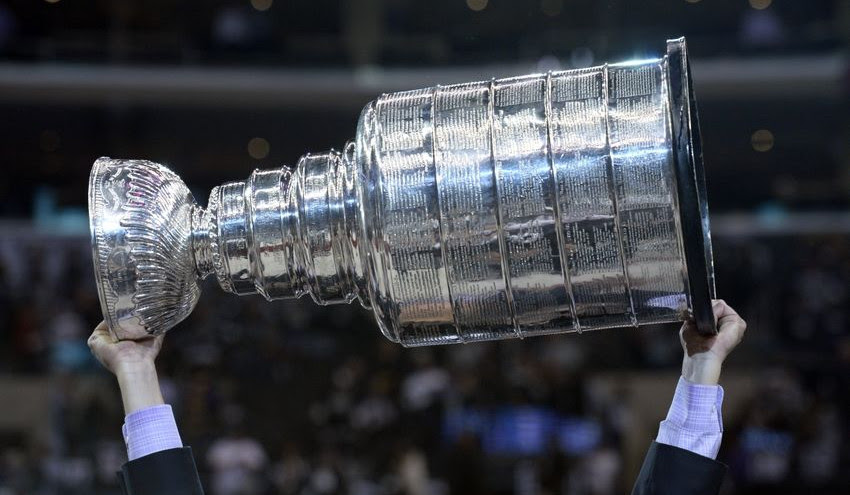 Suze Kelly. I met her in January. She was a strong, fit, and confident woman. She was operating the Adventure Consultants booth next to mine at the London Adventure Travel Trade Show. Adventure Consultants is one of the premiere companies that guides people to the top of Mt. Everest each May. Suze’s been the company’s Base Camp manager over the years.

Now, those of you who have read my posts for more than a year may know that I have a bit of an obsession with all things Everest, have stood on the flanks of the mountain myself, and follow the exploits of the climbers religiously every April-May. You may know that I’ve declared Mt. Everest as #1 on my list of most spectacular places I have visited.

Suze told me she was climbing Everest herself this year. She had been on her way up the mountain two years ago when the earthquake wiped out the entire climbing season. This year she would make another attempt.

Monday morning, Suze was the first climber on her team, and the first one on this day, to stand on the summit of the world. I hardly know her, but I was so proud of her, anyways (and for a fleeting moment, I fancied myself standing up there, too)! Congratulations Suze Kelly!

Rent 2 Own tip
Last week I mentioned that, to convince the banks you are a good credit risk, you will need a credit card with at least a $2000 unsecured limit. I also alluded to the fact that you would need a second line of credit. What does that mean?

There are several types of credit. A credit card is a “revolving” credit line. It means you build up and pay down the outstanding balance continually. Even if you pay off the total amount, you can use it again and again, within its limit. If you have two credit cards, the second one may satisfy the requirement of a second line of credit, especially if it also has a high enough limit and is from a good source.

But lenders would prefer a different type of credit as your second line. An “Installment account” is next best. This refers to a loan where you start with a maximum amount and pay down a fixed portion every month until it is paid off. Then the credit line is finished; you don’t get to use it again. A car loan is an example of this type of credit.

Lenders like to see and installment account as your second line of credit because it shows that you can be responsible in a different way than with a credit card (meaning a generally responsible person), and in the same way that you will need to be responsible with a mortgage payment. It is also seen as a good indication that you can work with a large amount of credit and pay it off in a disciplined manner.

But, if you don’t have an installment credit line, or a second credit card, there are other forms of credit that could work for you. We will discuss them next time.

Quote of the Week:
Only those who dare to fail greatly can ever achieve greatly. – Robert F. Kennedy