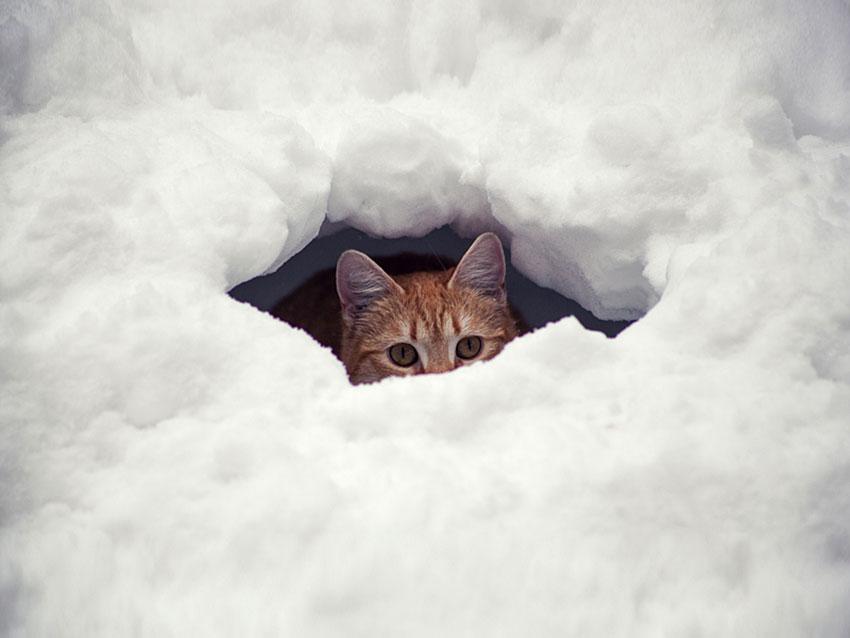 I walked into the door and, immediately, four people jumped up, ready to serve me.

It was this past Saturday. Earlier, I’d received this phone call from an out-of-town friend: Any chance I was planning to go by Rempel Meats in the coming week? She would sure like to replenish her stock before family came home for Christmas.

Well, I didn’t have such plans, but said I’d keep it in mind. (We both knew that lines there are usually an hour long at this time in December.)

Later, I had other errands that suddenly needed attention so decided to venture out into the snow. The sun was now shining and the major streets looked relatively clear. After finishing the other errands I thought, Hey! The snow has kept most people home and the lines will probably not be long; why don’t I just go over there now and get that sausage?

But I sure was not expecting the complete desertion I witnessed on arrival. I was the only customer in the place!

The experience reminded me of how we tend to react in extreme fashion, or follow herd mentalities. A disruption in the system? Almost everyone reacts the same.

Now, I’m not suggesting people go out when they feel unsafe to do so. And I admit that, having grown up on the prairies and driving a four-wheel drive vehicle gave me a bit of an advantage over some. But hour-long lines dwindled to absolutely nothing?

I thought about how vulnerable a business is when people react in extreme fashion like this. December is, by far, the most crucial month of the year for most retail businesses, and to lose a prime Saturday two weeks before Christmas could be a severe blow to a profitable year. True, many of those who might have otherwise gone shopping Saturday will go back on another day. But, I’m sure many will also abandon the effort when they see the resultant lines now even longer. The net effect to the establishment will still be a loss of business.

I thought about other examples of extreme collective reactions or herd mentalities creating shocks to “the system.” The Liberal Party was virtually dead and gone after the 2011 election but bounced all the way back to form majority government in 2015 because of a herd mentality all reacting in the same way.

Then there’s the housing situation. The recession mindset of 2008 lingered for seven years in the Fraser Valley. Then, without much notice, a more positive mindset took over and house prices started rising. People quickly jumped onto the band-wagon, and prices soared by over 30% in one year. “Too much, too fast,” said the government, and various measures were put into place to slow down the growth. Almost immediately, prices levelled off.

That’s how the stock market typically reacts, as well. A wrench into the system and the reaction is viral. It’s why savvy stock investors try always to do exactly the opposite of what the majority are doing.

A small intervention in the system has a major effect because, even though we make individual decisions, collectively we act like a herd.

One circumstance when people consider rent 2 own is after they’ve come through a bankruptcy. But there is a lot of misunderstanding about the effects of a bankruptcy on qualifying for a mortgage.

Some think you have to wait six years until the bankruptcy falls off your record before you can qualify. Not so, unless a real estate foreclosure was included in the bankruptcy. Typically, you can qualify in two or three years after bankruptcy discharge, provided you have built up your credit during that period. And, if you’re willing to pay double digit interest rates, you may qualify even sooner.

Rent 2 own allows you to get into the home you’d like during the 2 or 3 years while you are building up your credit to become eligible for a normal mortgage. In any case, you should not wait to start rebuilding your credit. You can start immediately after discharge or even before it.

One caveat to the above: If you’re on your second bankruptcy, the situation is entirely different. Then you will normally not qualify for a mortgage for fourteen years after discharge. (Yes, I know, it’s tougher than getting out of jail after a murder conviction.)