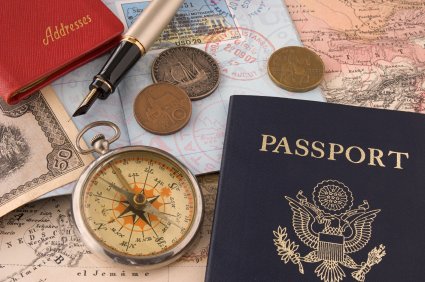 I woke up to a totally clear sky this morning! “Wow!” I said, “There is still sky out there!”

Last night I had conversation with a friend who’s been down south for much of the winter, but back home in between trips. “I’ve only had a couple of days of rain all winter,” he said. “I don’t know what you’re all complaining about.”

Such contrasting perspectives! Just because we’ve been a thousand on miles apart for a short time.

We have almost everything else in common in life. But such a contrasting view of this season.

Along with eight other guys, all of whom are local and many of whom are good friends, we were discussing views of life. We do this every so often!

To be sure, the individual perspectives on life among this auspicious group are all over the map. Some vary only a little, others are more of a contrast. The discussions are sometimes intense, and a lot more than the weather perspectives: life perspectives, philosophical ideas, religious fervour, political persuasions, personal interests.

But tolerance and appreciation of respectful dialogue, even if head-butting at times, are a bottom line for us.

Here’s something else we all share in common: We’ve all travelled!

I think the two are highly related; in fact, I believe there is clear cause and effect here. I believe travel leads to openness and tolerance.

We are living in a world where nationalism is on the rise and barriers are being put up between cultures and races. It’s evidenced by Brexit in Europe and the Trump victory in the U.S. A “battening down the hatches” mentality is sweeping the Western world.

At the risk of being overly simplistic, a resistance to the incorporation of the “other” into our (perceived) safe economic and social culture underscores such reaction. In Britain, it is resistance to the influx of massive numbers of Eastern Europeans since their poorer countries were admitted to the EU. In central Europe, the resistance is more directed to the arrival of Middle Eastern refugees. In most of Europe, an absolute majority of the population now favour closing the doors to all immigration, according to a reputable recent study. In the U.S., it’s the mass incursion of Latin Americans who have already “distorted” the traditional culture that has vast numbers of people reacting. All they needed was someone to voice their feelings, to make it a movement.

I am Exhibit A to that thesis. I grew up in a small, tightly knit, socio-ethnically uniform community. We all thought pretty much the same; we all moved in the same social circle (there was only one). When I moved to the “big city” my world was greatly expanded as I discovered that there were people with backgrounds extremely juxtaposed to mine who were also “normal.” Hard to accept, at first. And then there was university, where the intellectual culture expanded my awareness. It’s only logical that such opening of the mind and heart to greater diversity should ensue.

Travelling elevates that personal journey to another level. When we are in the territory of the “other,” it is they who are comfortable; we who are less so. It reverses the tilted playing field of interaction. It opens the door to appreciating them when they enter our comfort zones rather than seeing them as intruders.

[Admittedly, some people travel to far-away places without ever leaving their culture, or comfort, behind, or engaging the “other,”—witness the “Americanization” of resort areas in Mexico and the Caribbean—a travesty, in my opinion, and something totally different from what I’m talking about.]

I think we all need comfort zones. I even think it’s even okay to establish personal refuges to which we can retreat when we need to re-secure our comfort needs. But we will need less retreat and smaller refuges the more comfortable we become with the “other,” even with the dissimilar perspectives we may have from them.

The contrasts in cultural perspective may then not be all that different from the more trivial variations in weather perspectives that we all accept as normal behavior.

Divorce tends to kill people’s chances of getting a mortgage, often both ways.

Whether it’s time needed to fix damaged credit, re-establishing a work history, or saving up more for a down payment, we can often help. The main criterion is that you have reached a firm, and enforceable, settlement, so that your income and/or deposit is secure.

It never hurts to ask. So we encourage you, if you are in that situation, to check it out.

Quote of the Week:
Tolerance isn’t about not having beliefs. It’s about how your beliefs lead you to treat people who disagree with you. – Timothy J. Keller