Do we choose to fail? 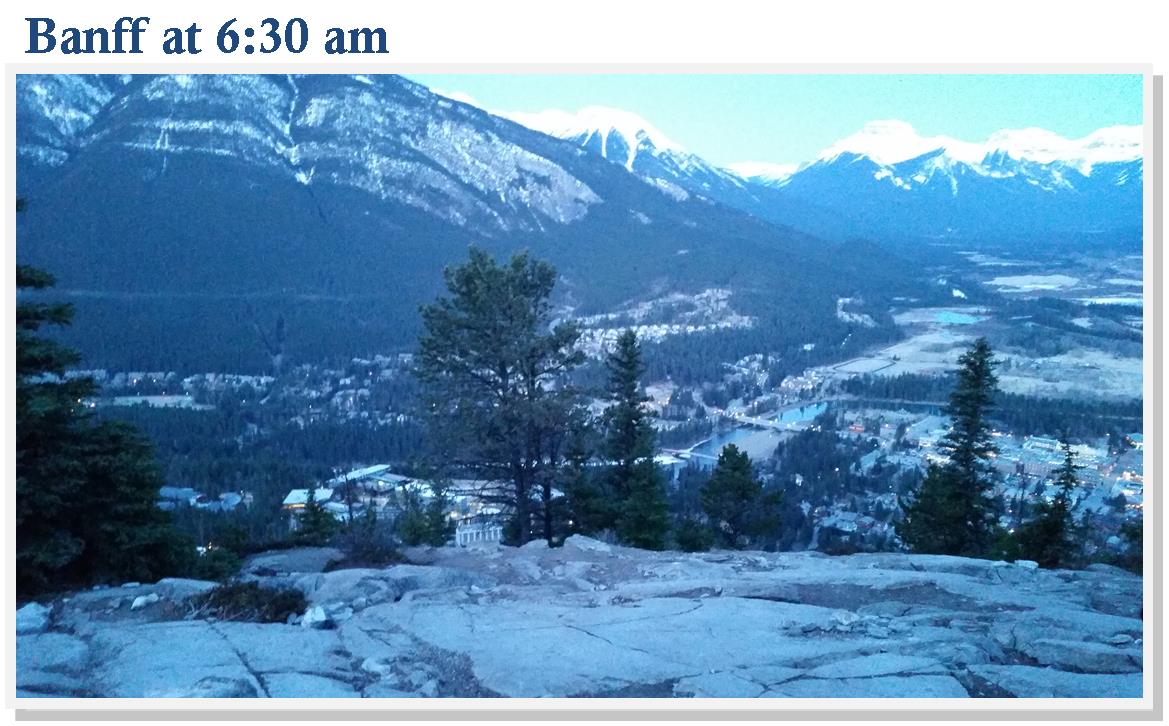 Driving back from a weekend conference in Banff gave me loads of time to reflect on the event, as well as to pass the time playing CDs.

The two were connected. The conference I’d attended had been about growing your business as well as yourself as a person—the two cannot be separated in today’s world. It had been highly motivational to get more serious about those things that I can improve in order to be more successful. In short, it was about succeeding, in life and in business.

The CD’s I was listening to were also about success in business and in life, CD’s that come with my monthly subscription to Success magazine. Interviews with people who have a lot to share from their own experiences in life. Again, highly motivational.

And then I happened upon this hitch-hiker—or at least I think that’s what he was trying to do.

I have a bit of a soft spot for hitch-hikers. After all, I did a lot of that myself in my youth, including a few trips down this same route. Right now, I had lots of room in my vehicle, no one to chat with, and my CD’s had run out.

He was slouched over the concrete barrier, half-ways into the ditch, with his arm essentially propped up. Not sure whether he even noticed the vehicles passing by, but I guess he expected they’d notice him. Reminded me of the hitch-hikers I encountered in my youth, slouched—probably sleeping—over their backpacks, with their foot propped up on their sleeping bags (intending to look like a thumb). There was a reason I got picked up before them.

In my mind, this hitch-hiker chose to fail.

It takes commitment to succeed! That’s the theme I’d taken from both the conference and the CD’s. It’s hard work; no one will get ahead with a half-hearted effort. In fact, the CD interview I’d just listened to had pointed out the likes of Bill Gates, Oprah Winfrey, Michael Jordan and Peyton Manning. We all see their success—the 5% of their time that they are on the public stage. None of us sees the 95% incredibly hard, perhaps boring, certainly painful and sweaty effort that went into the 5% public time, and eventually propelled them to the top.

“You have within you the capacity to succeed at anything you want,” said the main speaker at this conference. The difference is the commitment level we put into succeeding at our goals. Things like education, discipline, practice.

It’s easy to give myself a goal. It’s incredibly hard to reach it. Without a superior level of commitment, do I choose to fail?

If I give it a half-hearted effort, I might as well be a blob on a concrete barrier.

Rent to own tip

Last week we mentioned the first of two reasons it is difficult to get a mortgage when self-employed, namely a stable work history to show to the lenders. The second reason is that, because we are self-employed, business expenses are difficult to separate from personal expenses (and we like it that way). So, the self-employed person can show a lot of deductions from income before declaring the remainder to be personal (and thus, taxable) income. So the income shown on our tax form is small compared to the amount actually taken home. We save a lot on taxes that way.

When we try to get a mortgage, though, that little benefit comes back to bite us in the butt, because it is the personal (taxable) income that is used to determine how much of a mortgage we qualify for. That typically wipes out the self-employed from getting the mortgage they want and can probably afford.

The solution is to forgo whatever deductions you can for several years, in order to show a higher personal income. Then you will have those years of much better income to show the lenders when you apply for the mortgage. You can use the two or three years in a rent to own program like ours to do that. For some, that is the only reason they need the rent to own route.

You will own significantly more money for who you are than what you do.
People buy people.
– Jim Palmer