Did the Sun eclipse change your life?

Did you see the Sun eclipse on Monday? Were you impressed beyond measure?

I can’t say I was. But there I was, hand-crafted viewer (actually, two of them, to double my chances that at least one of them worked—the Cheerios box wasn’t so great, but the pinhole in my Tim Hortons cardboard, projected onto a whiteboard 1.5 metres back–worked fabulously), at the ready, to make sure I documented the occasion.

Check one thing off the bucket list. Well, actually, it wasn’t really on my bucket list. I’m not that excited about the moon passing over the sun.

In fact, it hardly affected my life at all! Yes, it got slightly darker for a few minutes. But, at only 86% eclipsed, the difference was minimal. (You have to wonder whether we only really need a bit more than 14% of the sunlight we get. Is the rest wasted?) And, yes, it did distract me for an hour or two.

But, there I was, willingly distracted from a busy schedule because this was it, an 86% Sun eclipse! We won’t see another like it in North America until 2024, they tell us. And that will apparently be on the East coast. So, this was a once in a _____ experience. 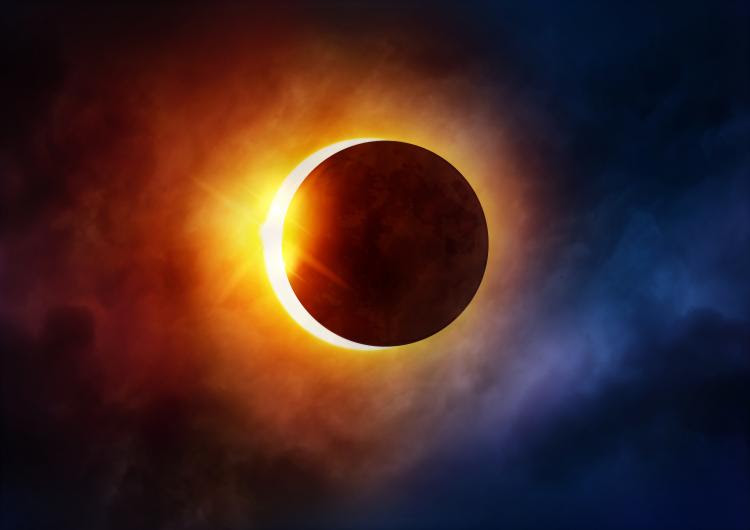 (Actually, scientists tell us there is a full Sun eclipse somewhere on planet Earth every eighteen months. But most are not so convenient for us North Americans.)

Was your day made special because of the Sun eclipse? Did you take any measures to see it, or its image?

My guess is that, like me, most were hardly affected, but most did something to take notice, whether to view it directly through special glasses, or see its image through a contraption, like I did.

That’s how we are. If something is the most, the biggest, the deepest, the strangest, the best, the most unique, the most rare, we need to mark it in some fashion. We need to be there—in that place or in that moment. I call it the power of the superlative. Somehow, we need to have those special moments with superlatives—whatever one and at whatever time we can access them.

It’s not just about superlative places, either, but also those one-of-a-kind moments (another type of superlative). We’ve all played the “where were you when . . .?” game: when Neil Armstrong stepped onto the moon, when Paul Henderson scored “the” goal, when Lady Diana died, when the twin towers were struck on 911, when Sidney Crosby scored the “golden goal” . . .

Monday’s eclipse might have been one of those one-of-a-kind moments (or, at least few-of-a-kind). Where were you? Will you remember it? Will it change your life?

Not likely. But, you’ll have another superlative to mark in your memory bank!

Sometimes I get applications from people desperate to find a new place to live “because they have to be out of their rental by the end of the month.” Sadly, I have to inform them that I simply cannot help them. At least not if they hope to move directly into a Rent 2 Own property.

Rent 2 Own is not a strategy that can be embraced out of a desperate situation. It takes forethought and planning. I usually inform clients that, by the time they are in a new property will be a minimum of six weeks and more likely up to twelve from the time they sign the rent 2 own contract. Add it up: at least a week (usually more) to find a property to buy, then a few days to negotiate a sale, then usually seven to ten days to meet subject conditions such as financing, appraisal, inspection, etc. That’s at least three weeks gone. Now, if the seller is living in the property, they’ll need to find a place to live, and won’t likely have made arrangements before the subject conditions are removed. So, they’ll insist on at least another month. If the seller is an investor with tenants, add two months. That’s a total of seven to twelve weeks. Even if the property is vacant (a rarity), the banks and lawyers need a minimum of two more weeks. Then add to that the time between when you submitted your application until you agreed to a Rent 2 Own contract (rarely less than a week, sometimes a month).

If you’ve been given a sixty-day notice that you need to vacate your rental property, you have to sign a rent 2 own contract within days to have any chance to get directly into your own rent 2 own home. Otherwise, plan on finding a short-term rental. If you’re on thirty-day notice, you cannot avoid an interim rental: plan on at least two months in that property.

Quote of the Week:
Every moment and every event of every man’s life on earth plants something in his soul. – Thomas Merton