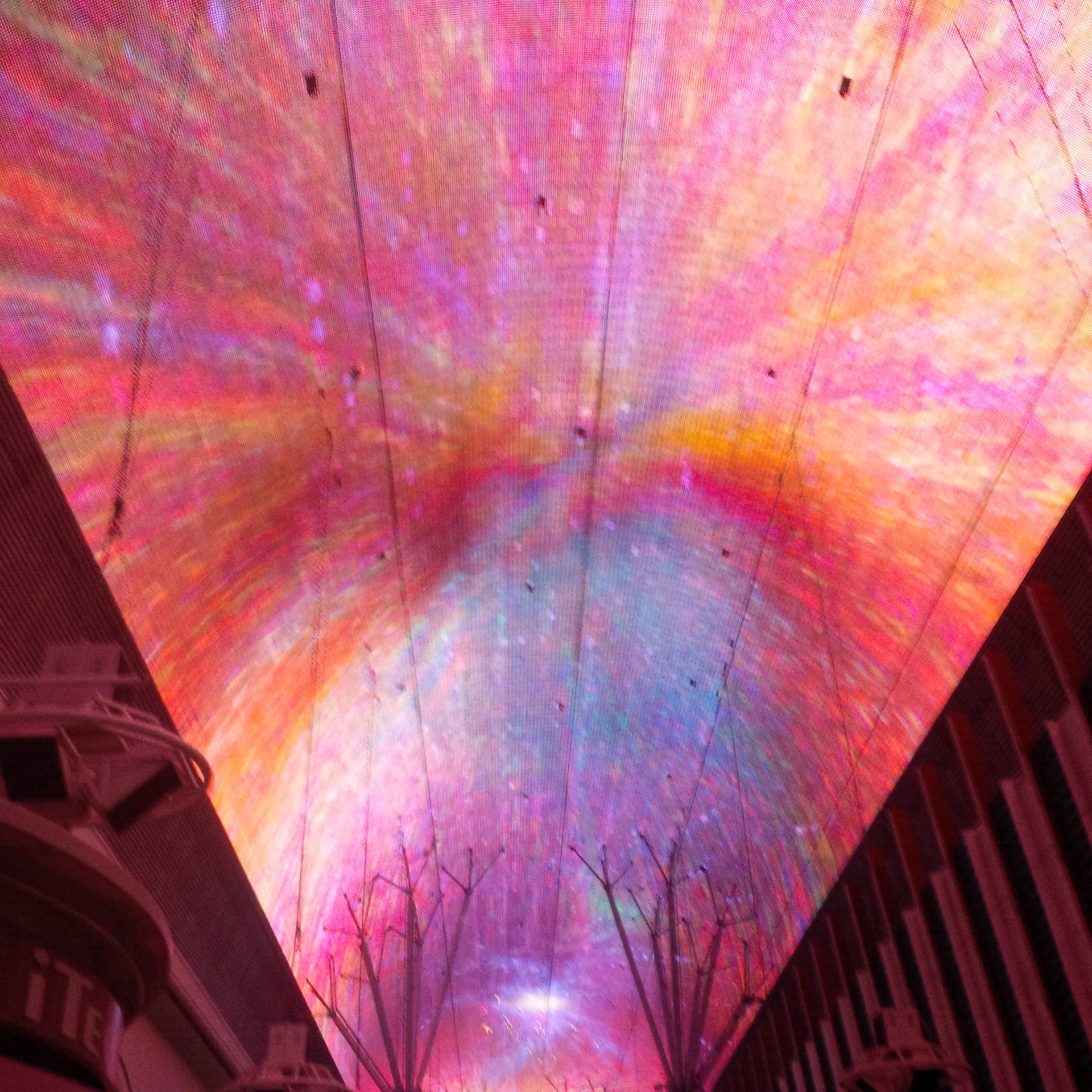 It always amazes me what humans can dream up. If only all our dreams could come true! (Well, it’s maybe a good thing not all of them do!)

I’m writing this from a Las Vegas hotel room. If ever there were crazy dreams that previous entrepreneurs came up with, then turned into reality, this place demonstrates that. From the magical, to the bizarre to the garish!

Last night I took in the “Freemont Street Experience,” where four blocks along Freemont Street have been closed to traffic. A semi-circular covering, three or four stories above the ground, now forms a giant video screen over those four blocks.

Every hour after dark a fantastic light show, set to music, plays on that four-block long screen. In between the shows, it’s lit up with less spectacular scenes. Just one example of someone’s outside-the-box dream turned into reality.

It’s not only Las Vegas, of course. This week marked the 25th anniversary of the internet. Someone, a Brit—this wasn’t Silicon Valley– had this idea that the little networks that scientists were using to interact with one another between universities, could be linked to become a global network of instant communication. Where would we be today, if he hadn’t had that brain-wave?

As I flew in yesterday, I marvelled at the massive size of the airport and the massive amount of concrete that was covering the earth—for just this one airport. Then I thought about what a massive proportion of our entire globe is now covered in airports. Yet, it was just over a hundred years ago that the Wright Brothers succeeded with the very first human attempt at flight.

We all have dreams. Some of them might be outside-the-box brain-waves. Our contexts might not be as big, nor our dreams as grand, as the ones I’ve mentioned. But, I suggest, probably many more of our dreams could come true if we were more persistent about them. That could be about home ownership, or about simply finding ways to succeed financially, about simply improving your world or, possibly, about changing the world.