It was a Cinderella story that didn’t quite end right, at least for the RedBlacks.

Sunday’s Grey Cup game, Canada’s premiere sporting event, could have marked perhaps the most spectacular rise from inception to championship ever witnessed in professional sport. In just their second season of existence, an Ottawa team that finished 2-16 last season—about what one would expect of an expansion team—had compiled at 12-6 regular season record, they’d won the East, and now faced the West’s best for the league championship.

In the hype leading up to the event, you almost got the impression that they deserved it. Or, at least, so they seemed to think, and so did much of the media.

But the storybook ending didn’t happen!

It didn’t happen because there was another team that also had something to prove, a team that had its own Cinderella story going.

Two years after going 4-14 in the regular season, Edmonton’s Eskimos had turned in a 14-4 campaign, best in the league, and had beaten their Calgary rival, also 14-4, to win the West. They were, in fact, favoured over Ottawa by seven points. But you wouldn’t have known from the hype. Because their Cinderella story wasn’t quite as good.

On this day, two great teams were out to win the championship. In the end, the team that was better, not the one with the better story, prevailed. The RedBlacks were denied their storybook ending. 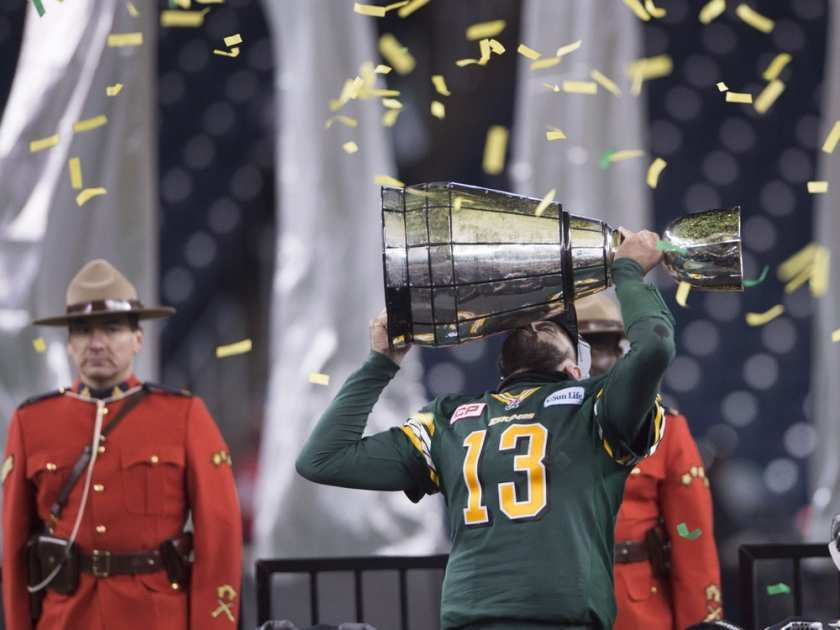 In sport, both teams can’t win. One must go home a loser, their dreams dashed. The slipper only fits one team.

It’s what’s known, formally, as a “zero sum game.” For every winner, there must be a loser.

That’s where sport fails so miserably at imitating life. For most things in life, there does not need to be a loss for every win. Most of the time, all players can win. Success is, or at least, should be, contagious, not competitive.

Numerous books have been written, numerous seminars given, numerous stories told, of how the greatest successes in life and in work occur when we create win-win scenarios for all players involved. And numerous examples have proven that win-lose scenarios not only lower the achievements of all involved but deter from the improvement of our economic and social well-being.

But, too often we forget, or ignore, that evidence. We act as though life is a competition, that we must create a loser, whether a bogeyman or real, if we want to be a winner.

Our successes are emasculated if they are tarnished by the creation of a loser. A supposed win may, in fact, not really be a win at all. A tarnished win may end up as a loss, just a lesser one than the one we have imposed on our opponent.

In life, the slipper can usually fit all.

Rent 2 Own tip
Some people wonder why rent is higher when they do rent 2 own than when they are just renting. They mistakenly think that a portion of their current rent should simply be allocated to a savings component. However, there are three main reasons why this cannot be done. First, mortgage regulations are that the base rent before any rental credits cannot be lower than market rent. Otherwise the mortgage Insurer may void the contract, or discount the savings component by the amount needed to top up the monthly rent to market value.

Second, in a rent 2 own, the tenant-buyer needs to save up enough to have sufficient funds for a down payment by the end of the term. Unless they have that much already available at the start, the balance needs to be saved up, in addition to the base rent, during the term. We simply take the amount left to be saved, divide it by the number of months in the term, and add that to the base rent.

Third, the landlord’s costs are no lower, possibly even higher, for a rent 2 own property than a long-term rental. Therefore the base rent cannot be lower or the rent 2 own provider will not be inclined to offer the property as a rent 2 own.

Quote of the Week:
Great achievement is usually born of great sacrifice, and is never the result of selfishness. – Napoleon Hill