Chris Farley, a Polish Immigrant and our Election

The room was filled with about 175 entrepreneurs from the U.S., Canada and beyond, here to learn to be better at what they do.

“Everything has changed in the last few years,” said the facilitator. “In today’s world you have to get in front of people and present.” He emphasized how learning to speak publicly is one of today’s most important skills if we want to be successful in business, and life.

And he meant business. He divided the room into eight groups, then assigned group 1 to practice presenting an excerpt from Kennedy’s great speech committing the U.S. to stand on the moon within the decade. “Tomorrow morning after coffee,” he said, “you will each present this speech, exactly as Kennedy did, using the same tone of voice, the same gestures, etc.” Then he added, “I would practice it at least 35 times.” It was already after 10:30 p.m.

Group 2 was assigned Martin Luther King’s famous “I have a dream” speech, group 3 an excerpt from MLK’s final speech, where he foreshadowed his own death.

Other speeches were assigned to each of the other groups, mostly excerpts from various movies.

I was in group 7. We got a Chris Farley speech from the movie Tommy Boy, one where he goes a bit bonkers trying to sell an executive a set of brake pads. It was absolutely hilarious! Some of you may remember the part. 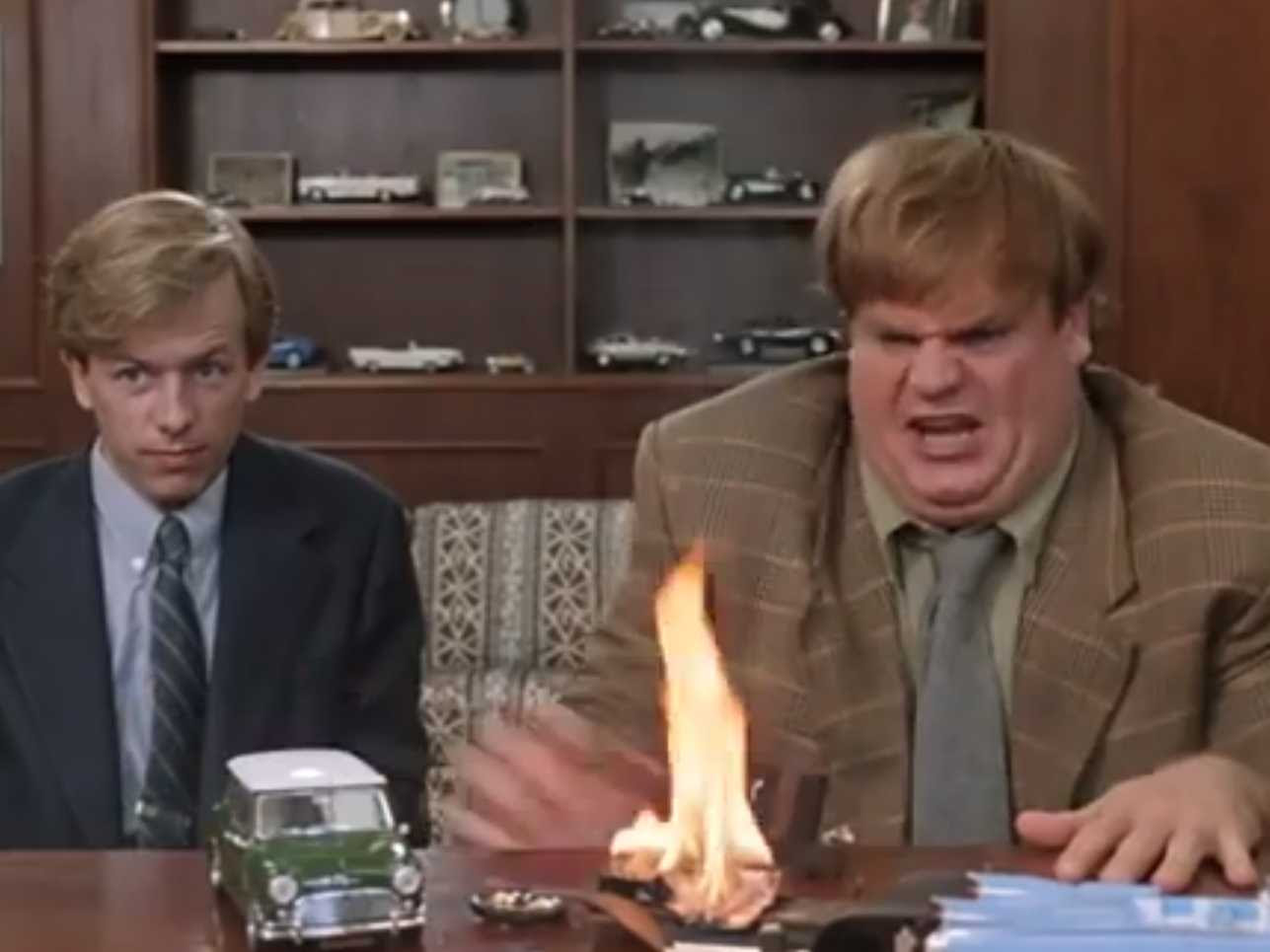 “Somehow, you all seem to get what you need, to make you better,” said the facilitator. I cringed!

We all took the assignment seriously, though, some getting minimal sleep that night. We had to take it seriously; the facilitator had already called out and publicly embarrassed a segment of the crowd for chickening out on a previous assignment.

Next morning—well, it was actually about noon—he called a few up onto stage to present their pieces, spending about 15 minutes with each, critiquing and coaching to better performance. The advice was, of course, good for all of us in the room.

About the fourth speech in, he selected one from Group 7, a Polish-born entrepreneur currently living in Britain.

The stage was re-set, with water bottles standing in for automobiles, etc., so the guy could do all the actions correctly, as per the model. My Polish friend did his best Chris Farley impersonation.

The crowd, which had been waiting for this particular speech, absolutely loved it! Like the others, the facilitator critiqued and coached, then gave the guy a chance to go through it one final time. The crowd roared, then gave him a standing ovation.

“There!” said the facilitator, “Where else can you make a complete fool of yourself and get a standing ovation for it?’’

“The government?” my Polish friend responded without a moment’s hesitation.

At which point, the facilitator completely lost it. And, of course, the crowd then did, too.

So, now we’re into an election. Serious business–apparently.

But I think a lot of what we’ll see over the next 76 days will support my Polish friend’s assessment.

And, out of that (seeming) tomfoolery, we’ll have to make a choice.

P.S. – For those of you curious about the Chris Farley speech, here is the link: http://vimeo.com/118977510. And, for the record, I learned it and presented it, too, just not from the stage.