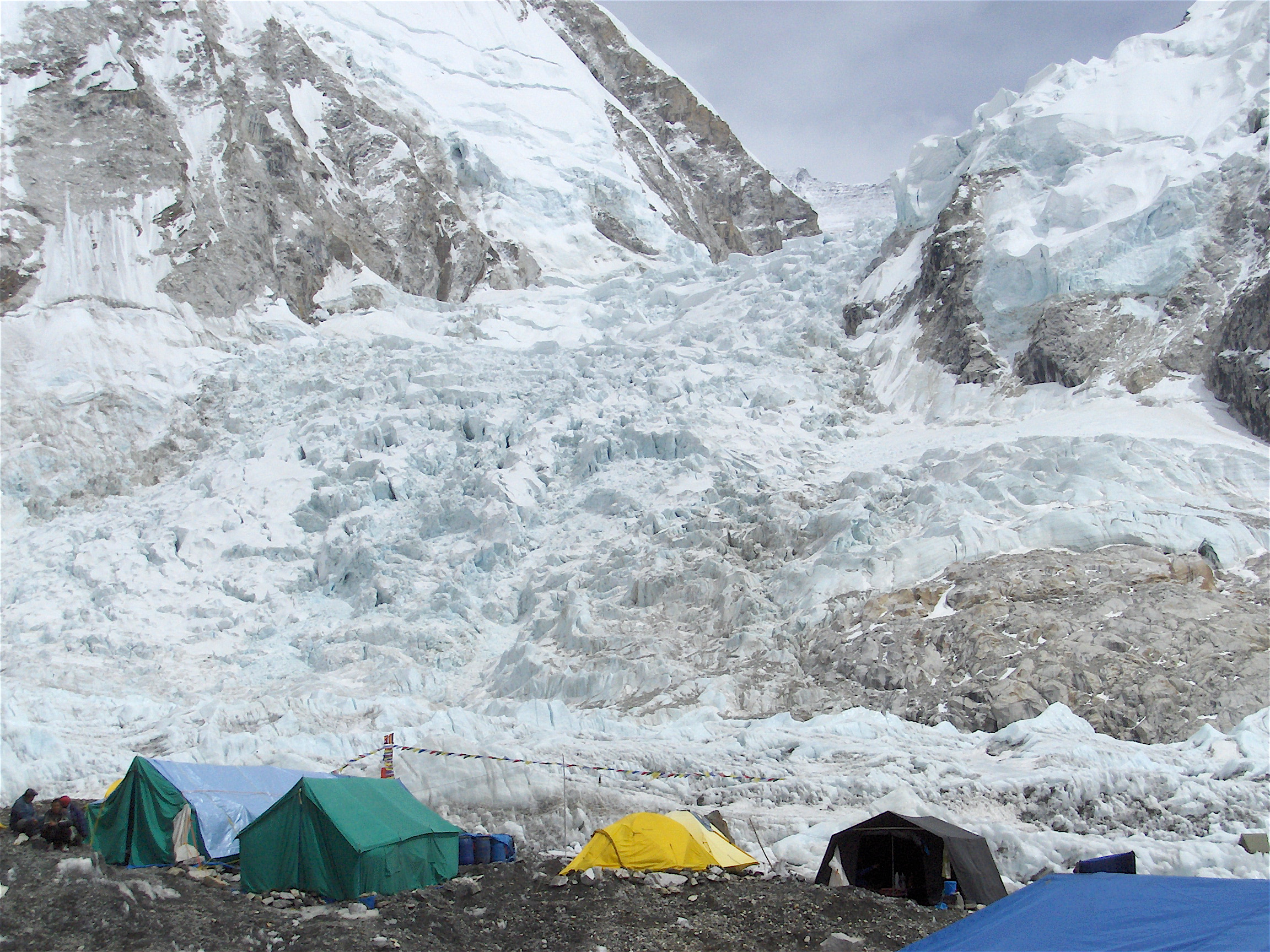 Those who have followed this blog for any length of time, know that I have a special place in my heart for this country.

Last year’s ice release that killed 16 Sherpa on Mt. Everest and shut down the mountain for the climbing season happened two days after the seventh anniversary of my visit to Mt. Everest base camp.

Saturday’s earthquake near Kathmandu has killed, at last report, over 4000 Nepalese and devastated much of the country. The earthquake occurred two days after the eighth anniversary of my departure from Kathmandu.

I relive my Everest trek experience every year at this time, and had just finished re-reading my journal from that trip. I’ve been to the places that are now in ruins. I’ve been through villages like the ones now completely destroyed.

The earthquake triggered avalanches around Everest base camp, wiping out about half the camp. It killed at least 17 and injured at least 60, both westerners and Sherpa. The climber I am following was at Camp 2 when the devastation occurred and is safe, but he reports that their American team doctor at base camp was killed. BBC has a live video of the avalanche coming through base camp.

Occasions like this give pause to reflect on a variety of things:

1. We tend to be much more impacted when we have a direct connection to the devastation. There are many disasters, both natural and human devised, every year. But when it happens in a place that we identify with or involves people whom we know personally, it strikes us much deeper than when there is no such connection. That is not necessarily a bad thing, but is a reminder of how much need there constantly is when innocent people and their belongings end up in such devastation.

2. It reminds us of the fragility of life. I’m always impressed when I hear about how resilient our bodies can be in the face of disease and debilitation. But we are mere specs in the face of the enormity of nature around us. When such calamities happen, we are like bugs under the shoe of a human. We are reminded to respect nature. We are encouraged to have our affairs in good order.

3. We are reminded of the randomness of nature. Like the Bible says, “the rain falls on the just and on the unjust.” Nothing is fair about such disasters. No one deserves them. We should be thankful when we escape them.

4. We are reminded that we are also in an earthquake zone. Our enhanced building codes may help reduce the calamitous effects a little when the big one hits. And that little bit could be the difference between life and death. Preparedness is important.

5. We are reminded of the importance of being good neighbours to those in need. Most of us can afford to give something to help those affected by the disaster and to support those involved in the clean-up. We can all find a charity involved. And the government will even give us a tax break for doing so. I’ve already pledged some support and intend to do more. I hope you do, too.

Even if you have a high enough income to afford a mortgage, you may be prevented from doing so if you have too much other debt. By regulation, there is a maximum proportion of your total monthly income that can be used to service debt, as well as a maximum proportion that can be used to cover housing costs (including principle and interest payments, taxes and an amount for utilities). There is a 5% cushion between these two maximum numbers. If your other debt obligations take more than 5% of your monthly income, then your maximum housing portion is reduced accordingly.

With a rent 2 own program, you have time to pay down those other debts during the term, to bring them into line to qualify at the end. But, of course, you have to prove the ability to do so while still meeting your lease-option obligations.

What we leave behind is not what is engraved in stone monuments, but what is woven in the lives of others. – Pericles