An enriching weekend away — Way away!

A major reason for my enthusiasm for this trip was to see a part of the province I’ve never seen before.

Another reason was to spend a weekend with a bunch of buddies.

A third reason was simply to get away, take a break from a stressful normal life.

So it was that, Thursday noon, eight of us left the Fraser Valley for the Cariboo. And thus began a weekend adventure that included quite a few surprises.

Not in a rush, we stopped at a Hope coffee shop and a wayside market north of Cache Creek. At Hope, we encountered the owner, whom half of us knew, at least a little. I’d spent a year in school with him many decades ago, but had not seen him since. Reminiscing was wonderful! We ended it with a group photo in front of the Blue Moose. 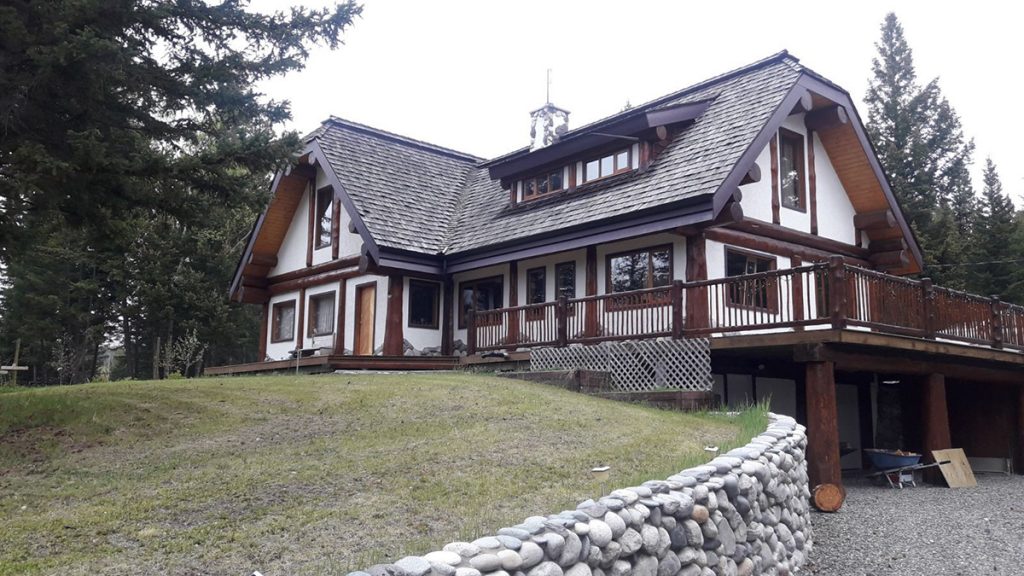 We travelled only as far 100 Mile House that day, meeting up there with our ninth group member. After dinner at his house, followed by much chatter and laughter, we rolled out our sleeping bags in his European style log home.

Leaving before breakfast Friday, we stopped at a coffee and art shop a few miles up the road–Lac La Hache–run by Sheila and Andrew. Sheila had moved up from Vancouver for a more relaxed pace of life. Andrew, a Brit, had travelled the world by motorcycle for seven years. Somehow, he’d ended up at Lac La Hache, where he ran into Sheila, and the romance was instant. Together, they now operate their wayside coffee shop. Good thing we weren’t in a hurry; the stories were fascinating, and we left as friends.

Turning west at Williams Lake, isolation almost immediately set in. No more cell phone service; no more wifi. More than an hour later, we reached our last bit of civilization, at Alexis Creek.

There we stopped for brunch at a nice Mexican-style restaurant run by Mario and Shelly, who’d found their escape from Okanagan civilization in this semi-unplugged place (though they did have internet service). Another delightful interaction ensued.

Two of our members–co-owners of the fishing camp we were ultimately headed to (and thus knowing what lay ahead)–advised one of the drivers that his tires were inadequate for the rest of the journey. Fortunately, a repair/tire store was situated next door to the restaurant. “But,” we were warned: “the proprietor is not too friendly.”

“I don’t want your business,” he told the driver. “Go back to your 604 area code” (or something like that.) He could not be talked into changing his mind!

We rearranged passengers, one of the fishing-camp owners joining the driver who needed tires, and they headed back the 112 kms to a Williams Lake tire shop.

We cross our fingers that they’ll eventually make it back to join the group, perhaps by dinner time.

The other seven of us soon turn off the paved road, cross two rivers, and then hit the 40 km of rough 4×4 road, deteriorated by volumes of rain that’s fallen over the previous weeks. We make it—barely, rolling in to the fishing camp two hours later. 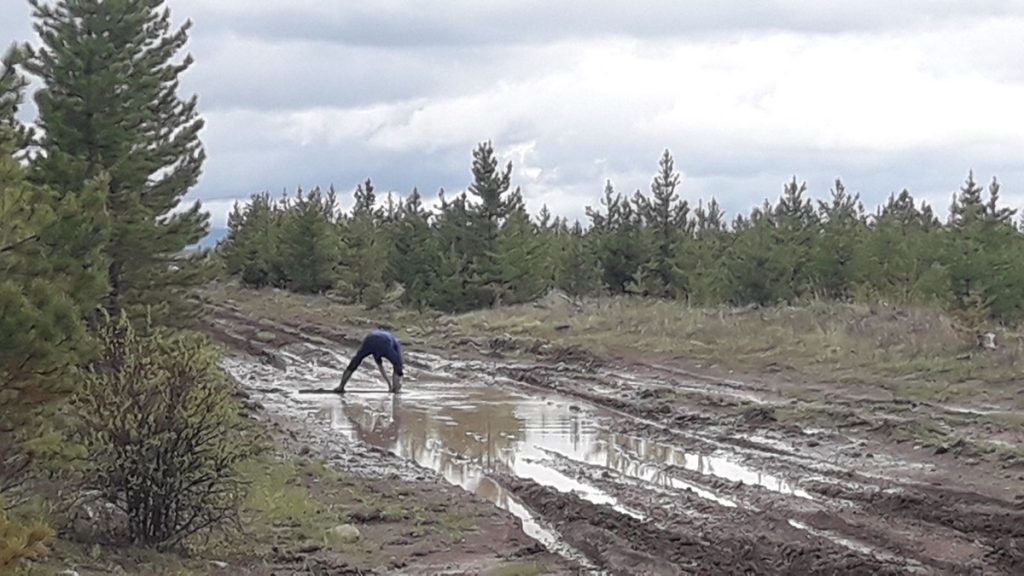 It’s a nice setting on the edge of a good-sized lake (whose name shall remain anonymous). Several lake-front homes add to the built environment on the other side of the grass runway. “There used to be ten planes at a time lined up to take off from here,” we’re told. But now it’s pretty much abandoned.

There are no fish in this lake, either, we’re told—too weedy. A fishing camp at a lake without fish? The real fishing is in a series of small lakes downstream from the main lake, accessible by ATV or, as was available at the camp, a dilapidated old Suburban 4×4.

The outhouses were pointed out—“You need to take your bear spray with you, even to the outhouses.” Okay!

Neighbours from the cottages showed up, a friendly entrepreneur with outspoken views; his friend, a Brit, who regaled us with stories that had us laughing uproariously; a local who lives there most of the year, and who’s dog spent most of the weekend with us, intruding on us after hours to fetch his dog, shot-gun over his shoulder (for the bears, we hoped).

Saturday it showered repeatedly. “No way you’re going to make it out of here Sunday,” we’re told. Plan to add a day. “We do have a sat phone if you need to make arrangements.”

We did what a group of nine guys would. We laughed, told stories around the fire, some went fishing, we did a little work on the camp, we ate, we discussed deeper philosophical issues, and then we ate some more, and more, and more. 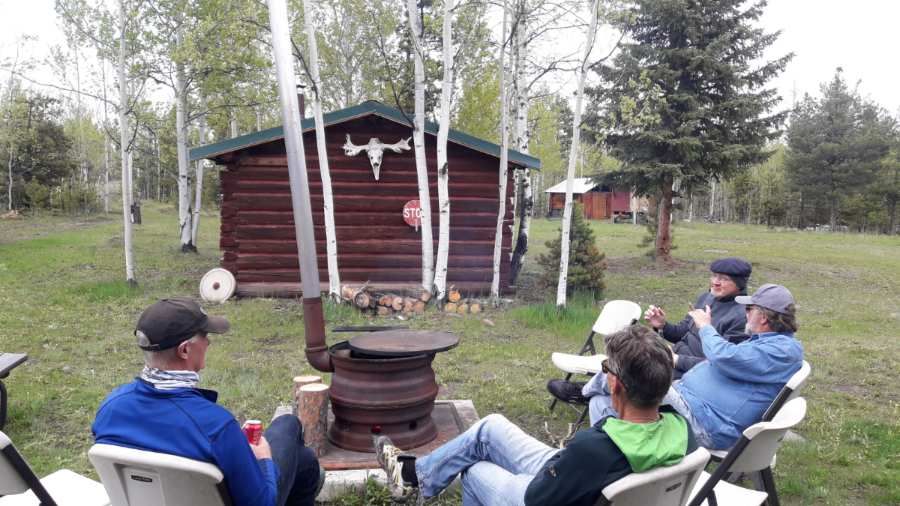 Sunday was gorgeous, though. We waited until noon to let the high northern sun dry out the road a little more. And then the main group departed, leaving three of the freres there for a couple more days. We made it out, and eventually, home.

I did get all three of my goals accomplished. But as I face the mountain of work that I come back to—sorry, some of you didn’t get your rent-2-own applications and inquiries responded to as timely as I should–the thing that will stick with me more than anything, I think, is the variety of colourful individuals we encountered.

Each had a story—some delightful, some not so much. And I’m a richer person as a result.

We should all encounter, and engage, a diversity of people and opinions. The world is a better place for the diversity it supports.