The past week was one for Abbotsfordians to be proud. I’m one of them.

It’s because of the horrific tragedy that befell one of our finest last Monday—but obviously not because he was taken down in our town by a madman.

I was affected in only a minor way, having to detour my way around the closed intersection both to and from my trip to Langley. But I didn’t know John Davidson or his family, so the impact on me wasn’t that great. But I was moved, anyways.

Our pride is not in any solace we may take from the fact that the gunman was from far away. After all, he could just as easily have been from here; mad killers are everywhere, unfortunately, and we have a history of them here, too. And, not that long ago.

Our pride is many-fold. It is in how the community responded. The outpouring of grief and support has been incredible! The tributes and memorial offerings just kept growing all week at the police station and elsewhere. 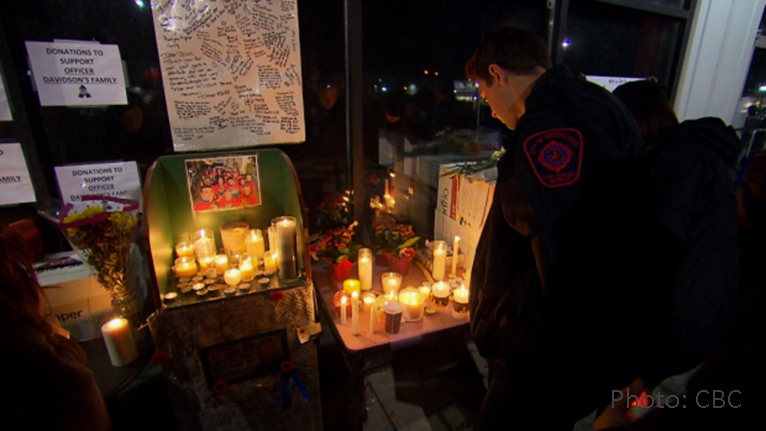 The second expression of pride is the honour our City’s residents, and many other first responders, showed as the cavalcade carrying Davidson’s body was returned to the City.

Then there was the vigil, attended by hundreds, held at the Mt. Lehman Mall where Officer Davidson was gunned down.

Next Sunday is the memorial service at the Abbotsford Centre, and even that is not expected to be large enough to hold the crowds, as several satellite sites have also been set up with live video of the service.

All this reminds us of the Abby Strong campaign that was the aftermath of a similar reprehensible incident in an Abby High School not that long ago. We were strong then; we are reviving that spirit again.

Are Abbotsfordians just such a proud and honourable people? Maybe! I hope we all are.

But, somehow, I have to think that it is the nature of tragedy, itself, and particularly unconscionable tragedy, that draws out that side of us.

I don’t think it’s that way just in Abbotsford, either. I think it’s a pretty standard reaction everywhere.

And I wonder: “Why are the two so connected?”

Is there a non-tragedy counterpart that anyone can remember that brings out that same spirit in us?

Quote of the Week:
If the road is easy, you’re likely going the wrong way. – Terry Goodkind